You hurt your knee during a game on Saturday. You get scans on Monday and they tell you you’ve injured your ACL and your season is over. You book in with a surgeon not long after to repair your ACL. The surgeon tells you the most important thing is that you get the ability to straighten your knee back – so they have you doing a million sets of quadriceps exercises to make sure it’s as good as it can be before the surgery. Everything is about the knee. Even though the surgeon tells you they’re going to take a part of your hamstring to replace the ACL, they don’t tell you that it means it needs to be part of the rehab process too. You wake up after the surgery and suddenly, you have two injuries to rehab.

Following surgery, the traditional ACL rehab process focuses on knee range of motion (bending and straightening) and strengthening your quadriceps. None of this is wrong, by the way, however it’s not the full picture. Unless you have some obvious issue in the hamstring following surgery, it’s easy to forget that there’s an injury there too. A recent study found that when the hamstrings aren’t adequately addressed as part of the rehab process, it can cause lingering functional deficits and also increase the time to return to sport. Training our hamstrings should be a part of a well rounded ACL rehabilitation protocol.

The hamstrings are commonly referred to as the ‘muscular ACL of the knee’, as they play much of the same role in stability and preventing excessive movement of the knee. As a result, we can do all the rehab for the ACL we want, but if we don’t address the hamstring too, it could send an athlete into a downward spiral intro chronic injury and more time on the sideline than on the field.

Hamstring strengthening during ACL rehabilitation should be carefully planned out, exposing athlete’s to increasing muscle lengths, intensities and velocities over time, in a manner that is specific to the sport or activity they want to return to. A wide range of hamstring strength exercises and progressive exposure to running/sport specific movements should be planned carefully throughout the rehab process, in order to reduce the likelihood of re-injury and optimise return to sport time, and improve performance when you do get back to sport.

Need help getting back to sport after surgery? Lucky for you, we look at the whole picture, not just one corner. Get in touch today! 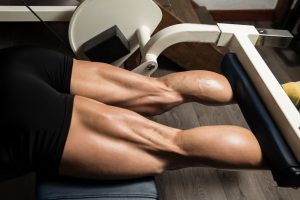